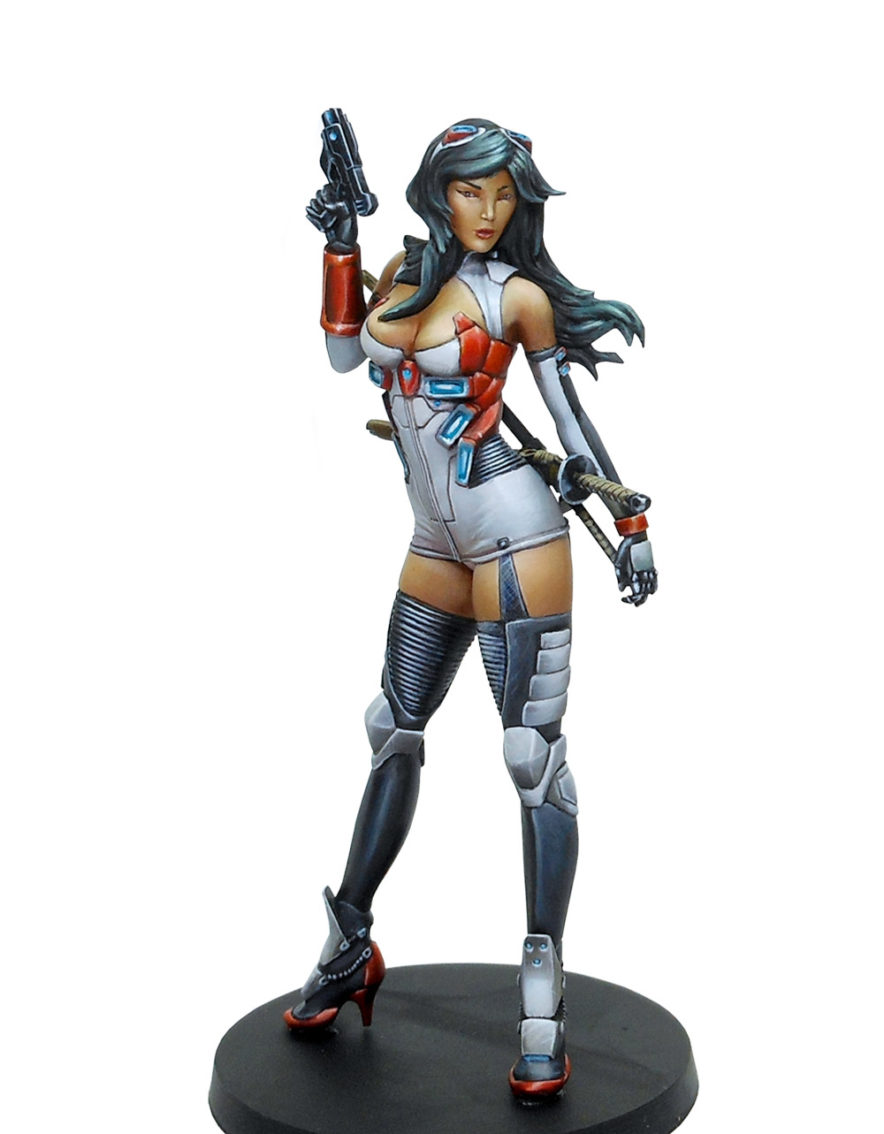 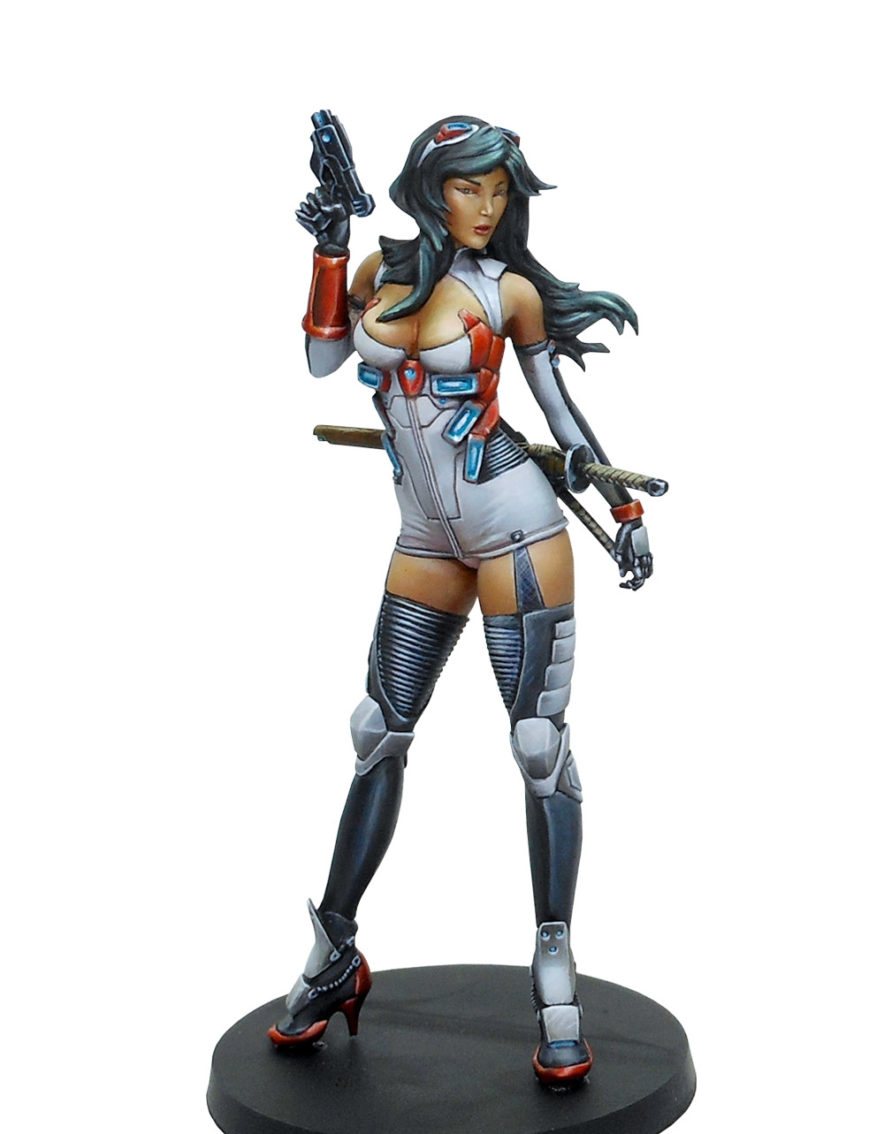 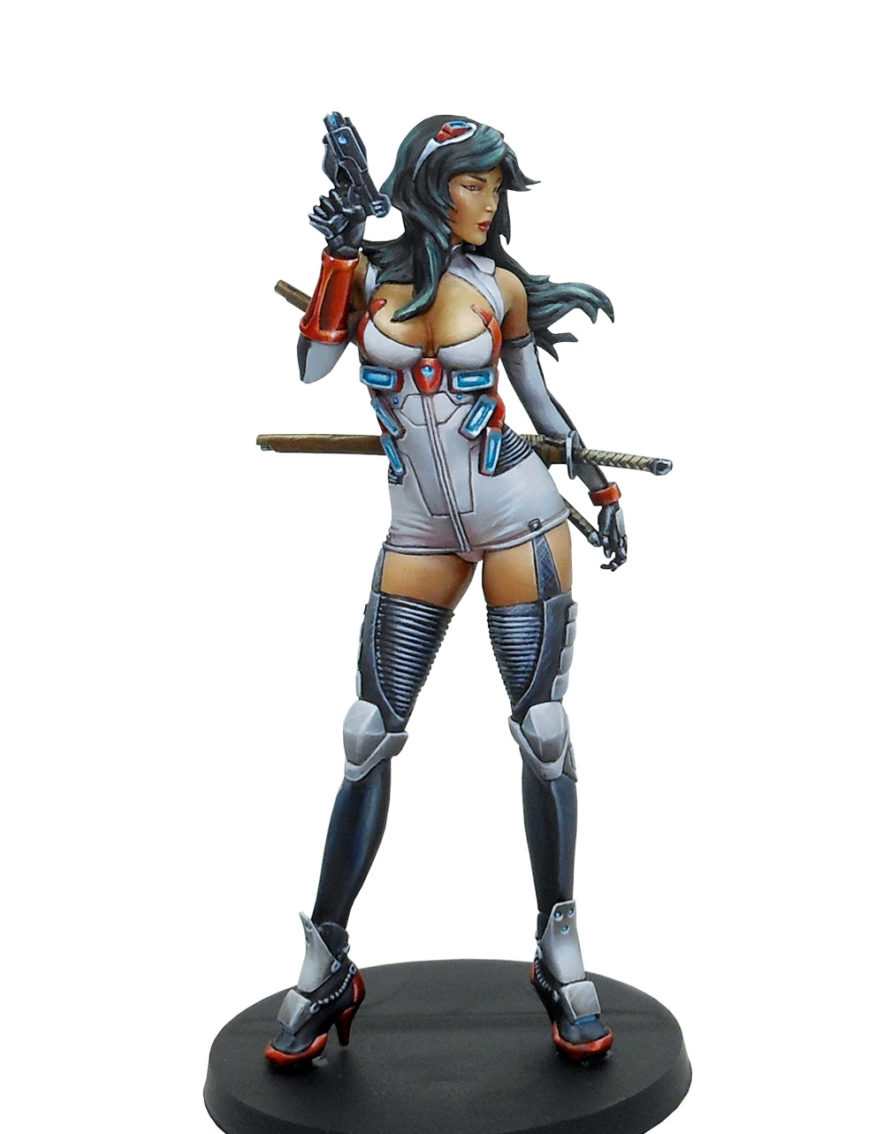 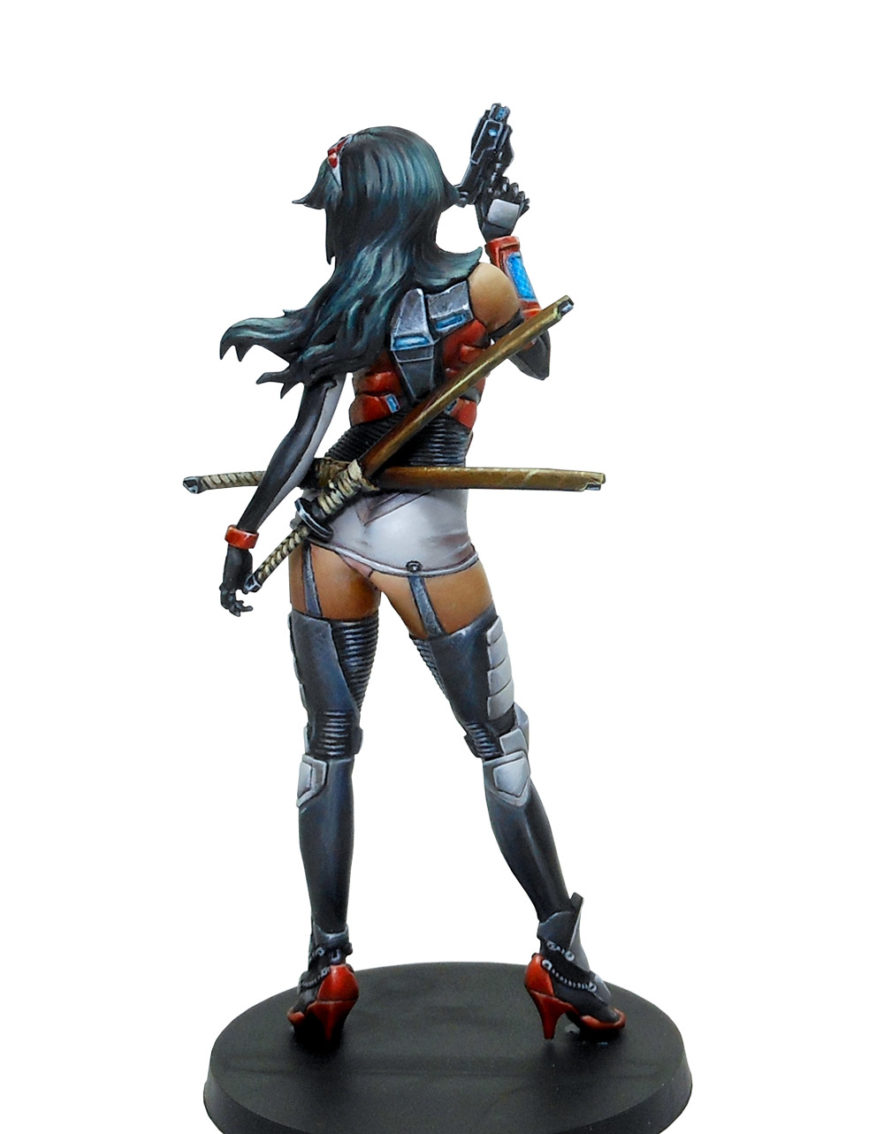 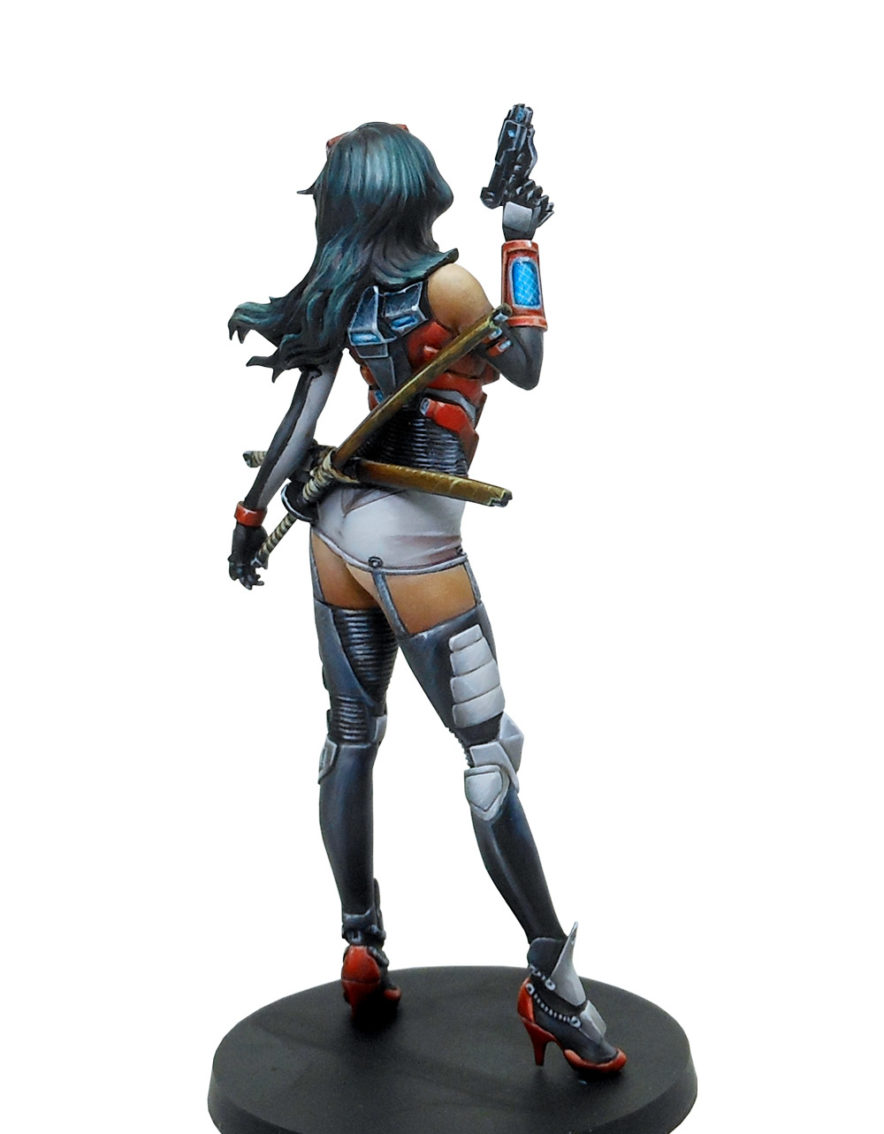 Besides our Infinity Collectors busts, in Luxumbra we have different miniatures so you can keep growing your family of Infinity wargame characters. This time we bring you O-Yoroi Kidobutai Pilot, the female pilot commander of a big warrior robot.

This intrepid pilot belongs to a sectorial part of the Japanese Army, loyal to the Bushido doctrine. Just like their comrades, she stands against the Yu-Jing empire.

Submerge yourself into the miniature painting universe or improve your pencil-art skills with the O-Yoroi Kidobutai Pilot figure!

Features of O-Yoroi Kidobutai Pilot, from the sectorial Japanese Army

This miniature is reproduced on a bigger scale than the game, which makes it the perfect choice to paint and collect alongside all the other epic characters of the Infinity game.

If you like anime style, this figure is just made for you. Her stylized body, the Asian features and the great detail of the hair and clothing make her look like she’s moving. We didn’t forget to include her gun and her trademark weapon: her katana. The smooth surface will ease the quality of your painting and help you prevent rough spots.

Not so long ago, the Japanese sectoral army was still part of the Yu-Jing empire, the second most powerful force in the Human Sphere. However, they finally decided to stand against the State that considered them second class citizens.

Now, Yu-Jing begins to wobble and it’s miles away from getting to overcome his eternal rival, the vast PanOceania.

O-Yoroi Kidobutai Pilot is not only a perfect pilot for the samurai TAG, a robot of gigantic dimensions conceived to run smoothly in urban environments, but she’s also a lethal soldier, who doesn’t hesitate to get out of her wick, wield her katana and smash anyone who crosses her way. She’s incredibly agile and dominates her weapon impeccably. Death doesn’t scare her.

Lieutenant Fredric, from the PanOceanian faction, knows it well: when they finally managed to shoot down her T.A.G, this angry pilot came out of its interior rampaging everything she touched.