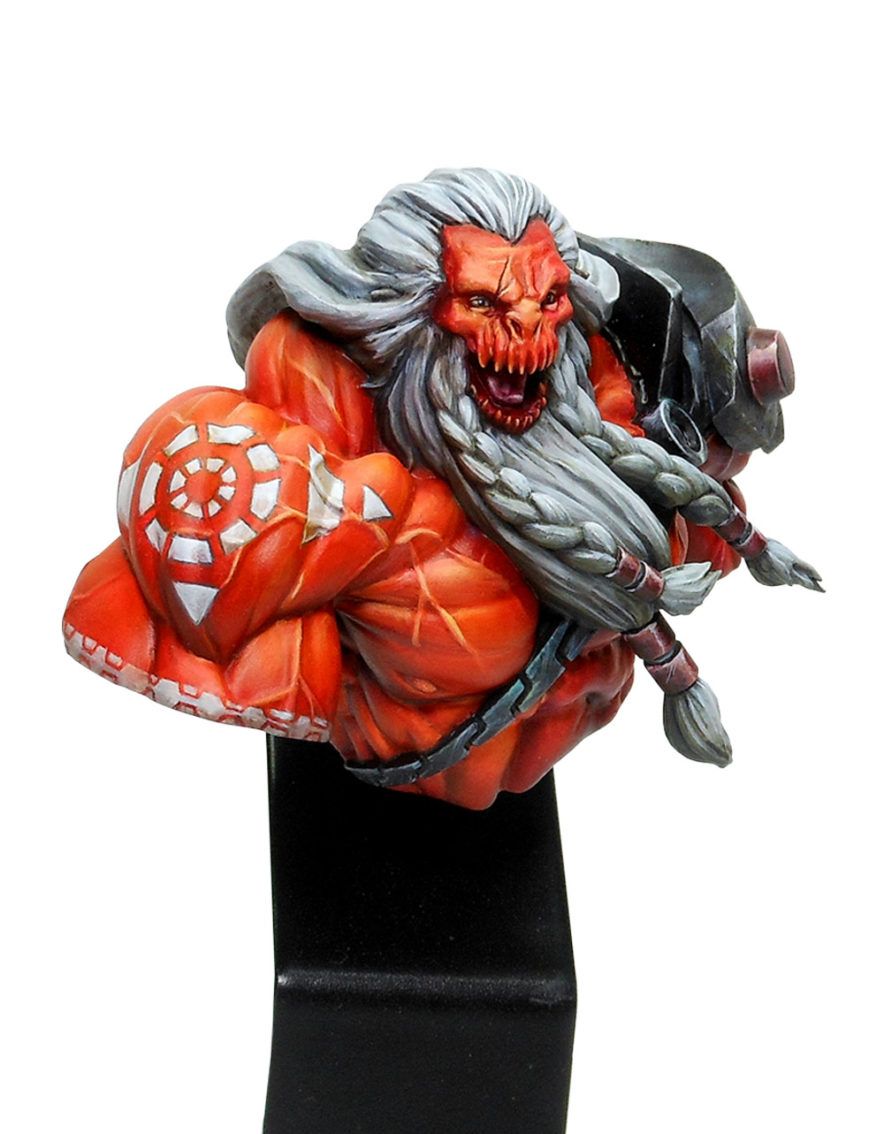 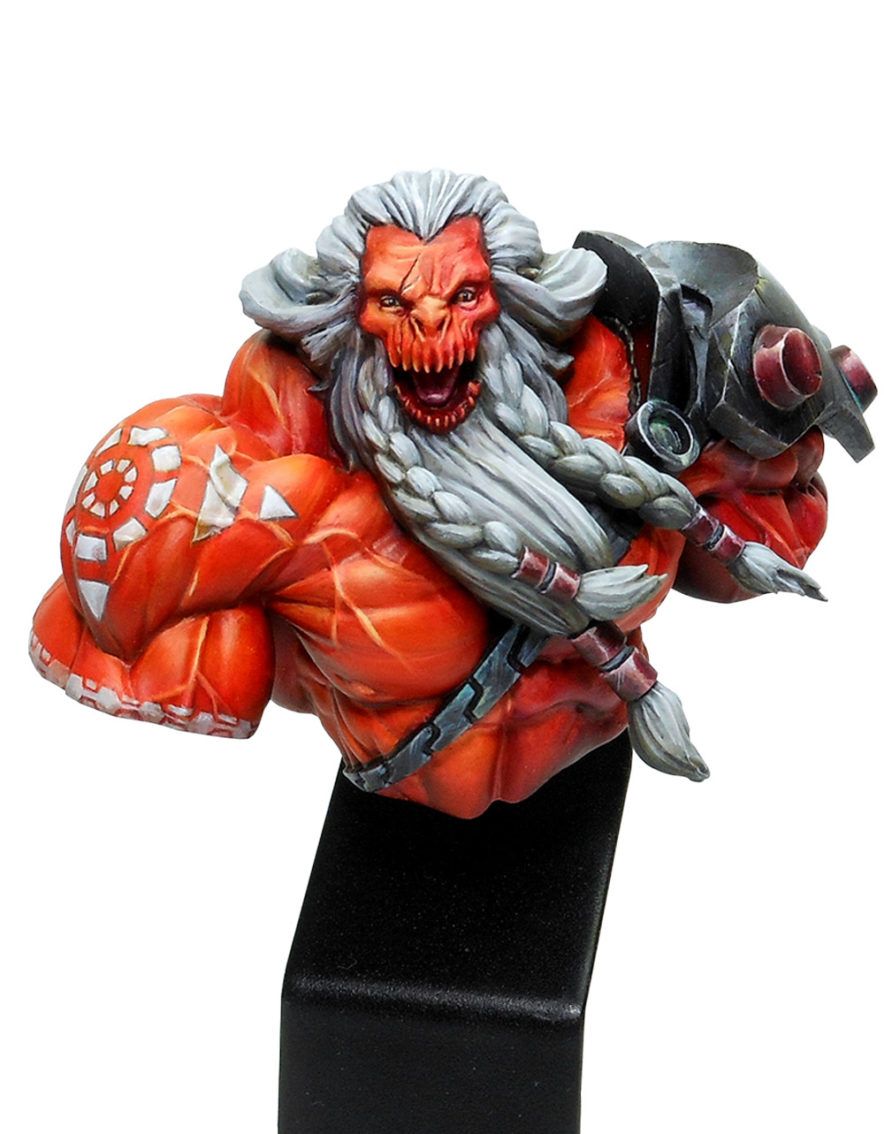 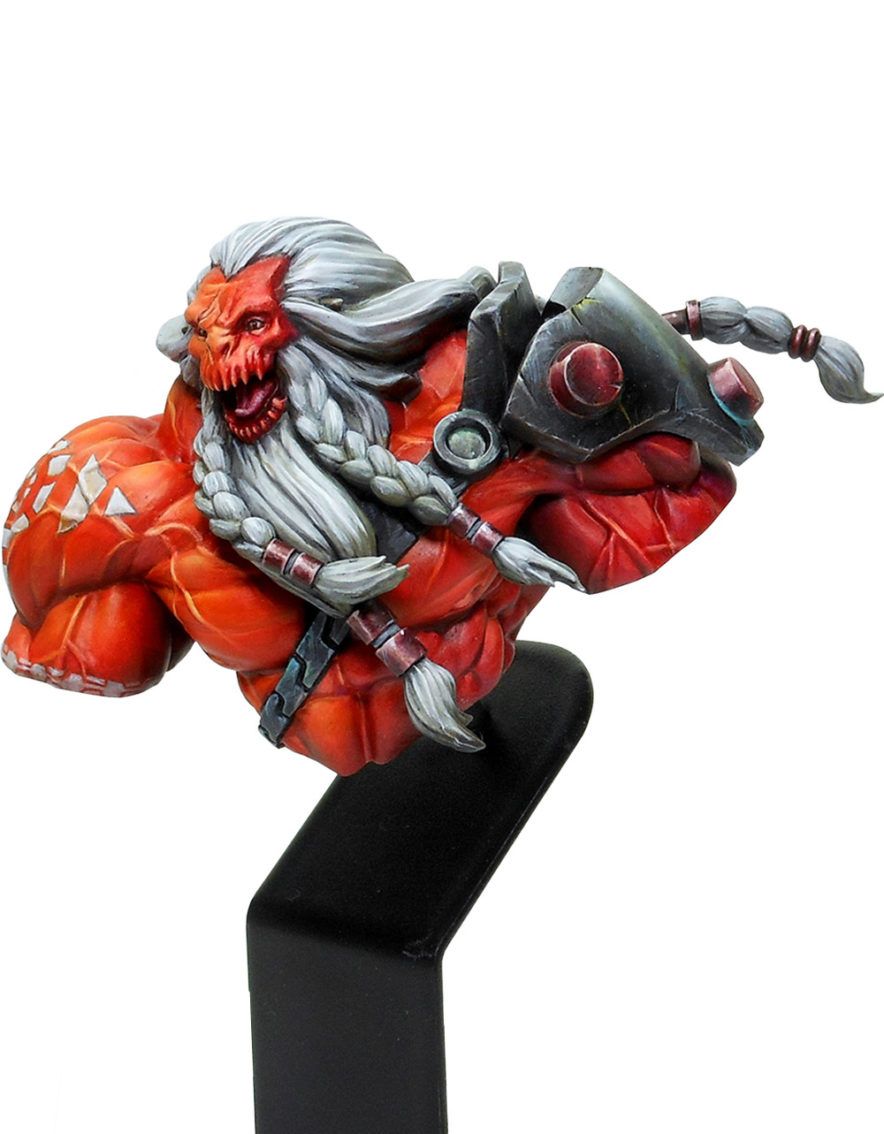 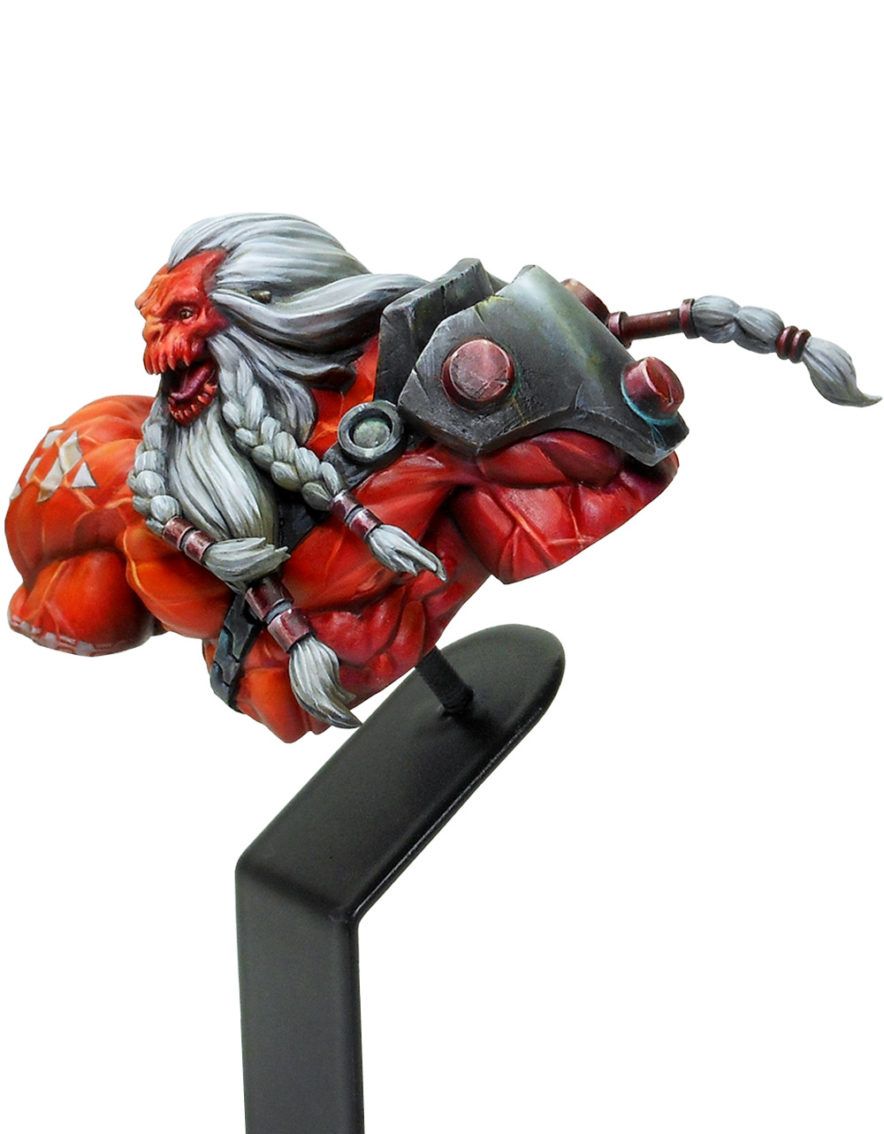 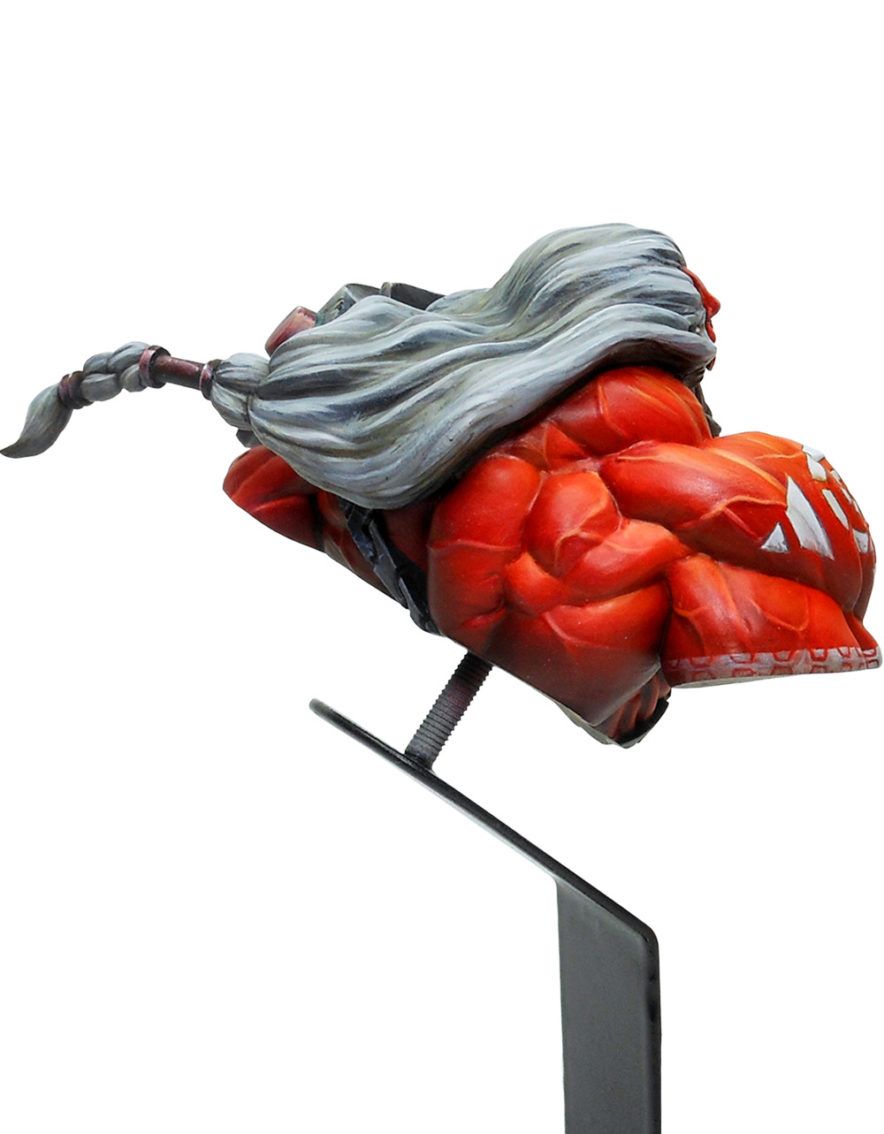 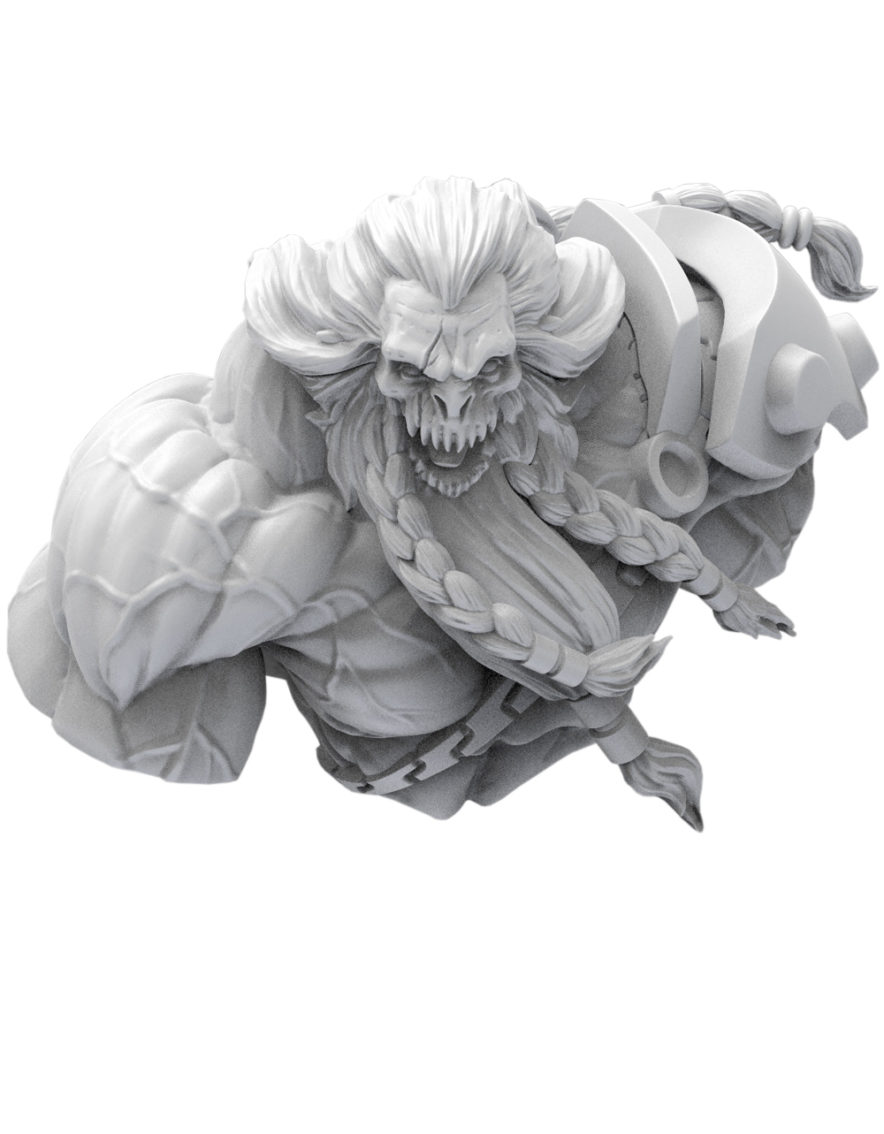 Daturazi Bust of the Combined Army of the Infinity Universe.

After having created Acherontia we were determinate to start making other figures from the Infinity Universe. We couldn’t leave Daturazi apart from Luxumbra’s miniature and bust collection.

He’s a fearsome veteran from the Combined Army, formed by several alien races under the command of an Alien Artificial Intelligence. Certainly, a terrible threat to the Human Sphere.

All the sculptures in the Infinity collection are made on a larger scale than the game and, thanks to their high quality finish and smooth surfaces, are the best opportunity to get started in the world of miniature painting or, if you already are an experienced artist, to use more advanced techniques.

Also, if you are a fan of the Infinity wargame, what better chance to get your favorite characters from the game like the Daturazi, the Japanese pilot O-Yoroi or the bust of Joan of Arc, army soldier of the powerful PanOcean faction?

Features of Daturazi, from the Combined Army

Like the rest of our online store miniatures to paint and display, the bust of the soldier Daturazi from the Combined Army in the Infinity Universe has an excellent quality and is sculpted with great detail, so you can unleash all your painting techniques:• Bust made of high quality resin formed of 6 pieces.

Combined Army and the Daturazi

“No matter how far you run, I still can smell your fear”.

Lethal and ruthless, the Daturazi are elite military caste part of the Combined Army who use a combat technique based on martial arts. Now, under the command of Alien Artificial Intelligence, the Daturazi are devoted to annex planets and conquer different sectors of the Galaxy, getting not only more resources but also more power.

To enter this military corps, soldiers must go through an arduous initiation test. Even today, no one is willing to talk about it. Thirsty for more new combats, the Daturazi’s red skin allows them to confuse their enemies and camouflage the blood of their body.

Our Daturazi, way much older than their comrades, has gotten great recognition thanks to his uncountable victories. There are hints that make you suspect how violent and ferocious he can become. Once he enters combat, he won’t stop until he’s taken all his enemies lives using just his own bare hands… and everything without losing his everlasting lipless smile.